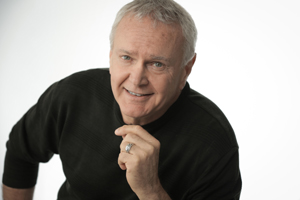 Hi, I’m Jim Richards, President and Founder of Impact Ministries. Over 40 years ago I was a drug using, rock n’ roll hippie living “in the scene” in Huntsville. People were afraid to tell me about God. Back in those days the church was scared to death of hippies. I guess they all thought we were “long-haired, Charley Manson-type murderers” or something. I was desperate to find God but I just couldn’t get anyone to tell me about Him.
I actually went around to some preachers and asked for help. Some of them told me I was going to Hell. (I knew that. That was why I was asking for help.) Others went as far as to tell me not to get all worked up, no one was going to Hell.
For me, it was about a lot more than going to Hell. First, I was sick of me. I hated all that my life had become. I was mean, vile, angry and tormented. I wanted freedom from me. I wanted to know God. All of my life I had longed to know God. As a child I once asked a preacher to tell me about God; he told me I was too young. And yes, I wanted to avoid Hell.
Several times I overdosed on drugs and contemplated suicide. The one thing that stopped me was the reality that I would spend eternity in Hell. I was too miserable to live and unable to escape through death. So, drugs were my means of escape and relief.
I played in bands around Huntsville and the southeast but I was not a “happy camper.” I prayed continually for God to help me and to give me the power to change. This was very ironic since most of my friends thought I was an atheist. I guess when you’re scum, people just think you don’t believe in God.
I believed in God, I just didn’t know Him. What I did know about Him was way too weird. I lived with various relatives who were Christians. Don’t get me wrong, these were good people who were really good to me. But when they started talking about God, you better duck, because they were going to fight! I knew I didn’t want what they had, but I still wanted God.
One day while driving to Athens to try out a new bass player for a band, Chris Stephens, a former Huntsvillian, who now owns a music store in Chattanooga, began to tell me about his cousin who got “religion.” Ernie, Chris’ cousin, was a drug dealer in Atlanta. As Chris ranted and raved about how his “blank-blank” cousin had got “blank-blank” religion, he actually quoted Bible verses.
In the middle of all the profanity, I got enough truth to find out how to get saved. I let Chris out of the car and began to pray. I gave my life to Jesus and had a supernatural encounter with God. I don’t know how to explain it other than to say it was a revelation of God as the Source of pure love. I didn’t understand the theology, I just knew that Jesus died for me and that if I would believe on Him, God would give me a new life…and He did!
That very day I was set free of drugs and alcohol. My whole life changed! I’ve never been alone since then. God has been real enough to get me through everything that life can throw at you. I would love to tell you that I’ve done everything right since then but that would be far from the truth. I’ve walked with God. I’ve failed. I’ve even gotten in sin. But God never gave up on me. He’s walked me through my stuff and loved me every step of the way.
I’ve been ministering for overt 40 years. In 1972, I got saved and went almost straight to the streets. I began winning the hippies and druggies to the Lord. I’ve seen God do great things in the lives of those who wanted Him. There’s no one God can’t help and there’s no one He doesn’t love. I’ve committed my life to helping people experience the love of God. If my life is a model for anything, it is the fact that God never quits on you.
No matter what you do. No matter where you’ve been. At anytime you desire to know God or come back to God, just stop running. Accept His love. Accept the fact that Jesus paid the price to set you free. Like my friend, Don Francisco, says in his song, “I don’t care where you’ve been sleeping. I don’t care who’s made your bed. I already gave My life to set you free. There’s no sin you can imagine that is stronger than My love. It’s all yours if you’ll come home again to Me.”
~ Jim Richards
Jim Richards currently holds an earned Ph.D., Th.D. an O.M.D. He received an honorary “Doctor of World Evangelism” for outreach and ministry in the Philippines. He has over 40 years of successful ministry experience that includes crusades, and pioneering churches in America and around the world; as a best-selling author he has published dozens of books, booklets, workbooks and ministry development programs that are distributed world wide; He has conducted international leadership conferences and has pastored a successful local church in Huntsville, AL.
He holds certifications in many areas of human development and is a State recognized & certified, addictions counselor. To stay in touch with the needs of the world, he continually seeks training and experience in a wide range of fields including alternative medicine, human behavior and other practical areas, all of which are applied to becoming a more effective believer and minister who is reaching and helping humanity.